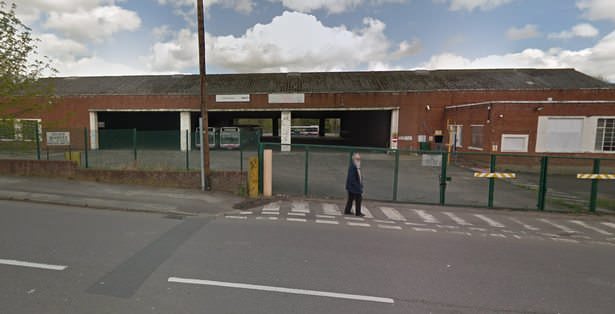 Residents may be aware that Lidl has applied to build a store on Muller Road, at the site of the old Bus Depot. Lidl already have permission to build at the old Brunel Ford site next door, but they’re now saying that this site is too small. It’s also worth noting that Aldi were recently given permission for a new store inside the old B&Q further down Muller Road.

There is a dire need in this area for reasonably priced, easily accessible food stores. For many residents Gloucester Road and the Tesco supermarkets at Eastgate and Golden Hill are simply too far away. So having a new store, or even two stores if both the Aldi and Lidl go ahead, in this area would be of great benefit to residents, for example the elderly, disabled people, or those with young families, who find it simply too far to travel to the aforementioned existing shopping locations.

I appreciate that there are a number of downsides to having a store here, namely the impact on traffic. Muller Road is already congested and polluted, and nearby streets are already used as rat-runs. Having this development can only increase these issues. That said, I think that a number of the possible adverse traffic impacts of this site can be mitigated or eliminated through careful planning and through conditions imposed by the council on the site permission, should it be granted (see below).

I appreciate that there are a number of arguments for and against this application, and I have taken into account the many public comments that have been made on the application so far, both by my constituents and those from neighbouring wards.

There is a dire need in this area for reasonably priced, easily accessible food stores. For many residents the Gloucester Road town centre and Tesco supermarkets at Eastgate and Golden Hill are simply too far away. The improved accessibility of this store would be of great benefit to residents, for example the elderly, disabled people, or those with young families, who find it simply too far to travel to the aforementioned existing shopping locations.

Furthermore, having a store at this location will help to drive the growth and regeneration of the wider area. It will provide high quality jobs from a reputable employer, and will bring the site, which is currently an eyesore, back into good use. Finally, the site is on a bus route and very close to the Concore Way cycle route, meaning it has the rudiments of sustainable transport connections already.

I acknowledge that building a supermarket at this location is out of centre, and is therefore inadvisable under the planning guidance. However, as I have already noted, the nearest town centre (Gloucester Road) is too far away for many, and the other nearby town centre (Gainsborough Square) is even further away. As such I feel that the undesirability of the out of centre location is outweighed by the need for the store. It is worth noting that the site is still not near enough for some Lockleaze residents to be of use. However, I am not aware of similarly suitable sites further north that could be developed instead.

Some public comments have noted that the land at this site is highly suitable for alternative uses, namely housing. I agree, but I also think that this is a prime location to build a supermarket. Given the need for one in the area I am, on balance, content that this site is developed for a supermarket rather than housing as it will, as I’ve already noted, help to drive growth and regeneration in the area. I agree with the Bishopston Society’s suggestion that future development of the neighbouring Brunel Ford site should ideally be housing (should the Lidl at this site go ahead). Housing at this location would be made all the more attractive given the new Lidl next door!

Finally, and arguably the key point against this application, is the impact on traffic. As many residents have noted in their comments, Muller Road is already congested and polluted, and nearby streets are already used as rat-runs. Having this development can only increase these issues. That said, the fact that the site is on a main road is a key reason why it is suitable for a supermarket. I think that a number of the possible adverse traffic impacts of this site can be mitigated or eliminated through careful planning and through conditions imposed by the council on the site permission, should it be granted (see below).

Taking these issues into account I am, on balance, in support of the application. I think that the disbenefits of the out of centre location, loss of possible housing land, and increased traffic are outweighed by job creation, driving of growth, suitability of the location, and the need in the area for accessible, reasonably priced food stores. However, I feel that the application should only be consented subject to a number of conditions, which I detail below.

In order to minimise the traffic impact and to keep traffic flowing on Muller Road, I think that the car park must be controlled by traffic lights. This is likely to need to be in conjunction with complementary traffic lights at the end of Ralph Road. It is possible that traffic lights are not suitable for whatever reason, in which case I strongly suggest that some form of traffic management is needed to prevent the car park causing tailbacks on Muller Road and to keep the traffic flowing (noting that at rush hour Muller Road traffic doesn’t exactly flow at present anyway).

In order to reduce the likelihood of rat-running by visitors to the store and/or drivers seeking to avoid traffic in the proximity thereof, traffic calming measures should be installed on local roads (such as Ralph Road, Springfield Avenue, etc.). Where feasible this should be in the form of filtered permeability (i.e. closing the road at an end or partway along). Some residents have suggested a residents’ parking scheme would be desirable. Subject to sufficient money being available from the development I think this should be explored.

All of these mitigation measures should be in place before the store is allowed to open.

In order to encourage more sustainable forms of transport to and from the site, I would suggest that more cycle parking should be provided (ideally sheltered). A traffic-lighted crossing should also be installed on Muller Road to allow safe and convenient access on foot to the site from the Ashley Down side of Muller Road. In addition, there should be improvement to, and expansion of, cycling and walking routes to and from the site. If feasible, it would be desirable for a shopper bus to be offered to increase the customer catchment of the store and to improve sustainable access. Finally, ample electric vehicle charging points should be provided in the car park.

In order to reduce the impact of the development on local residents, any outdoor lighting used should be highly directional such that it does not cause glare in nearby properties. In addition, deliveries out of hours should not be permitted.

In order to mitigate the environmental impact of the site, solar panels and other energy efficiency/generation installations should be made to reduce the carbon footprint of the store. Furthermore, ample planting should be provided in and around the site to encourage wildlife and pollinators.

Should such conditions, or similar, be met I would be happy to see consent granted for this application.