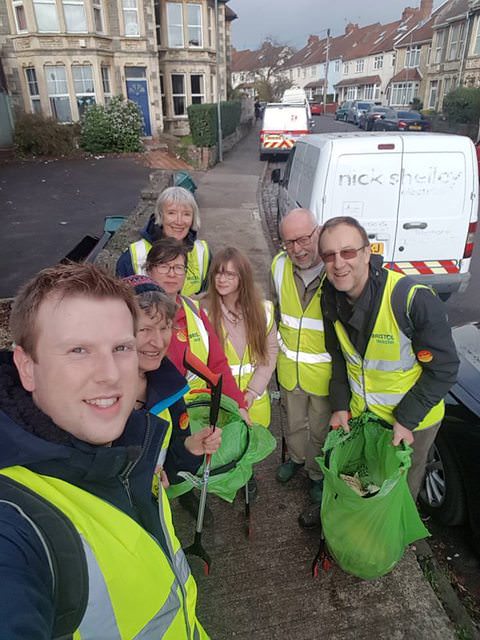 Last weekend I, along with some local Labour Party members, took part in a litter pick on the streets of Bishopston and Ashley Down.

We were taking part in the Autumn Litter Blitz, which is encouraging citizens to take to the streets and help to clear up their city. Bristol Clean Streets is Bristol City Council and Bristol Waste’s campaign to encourage people to drop less litter, produce less waste, and help to clean up their neighbourhoods.

Mayor Marvin Rees has made a pledge that Bristol will be measurably cleaner by 2020. This means less litter, fly tipping, fly posting, graffiti, dog fouling, gum and weeds. It also means more reuse, repairing and recycling so that less waste is produced and disposed of in landfill.

Making Bristol and its streets cleaner is something that everyone who lives, works, learns, or plays here contributes to. It’s also supported by those that have the job of keeping the city clean, tidy and working. The Clean Streets Campaign and Autumn Litter Blitz are important parts of this.

They’re the carrot, but there’s also a stick -; from the 6th November fines of £75-£100 will be enforced for those dropping litter, fly posting, leaving dog mess, etc. As the council’s publicity campaign says: “Think it’s okay to drop litter? Fine.” 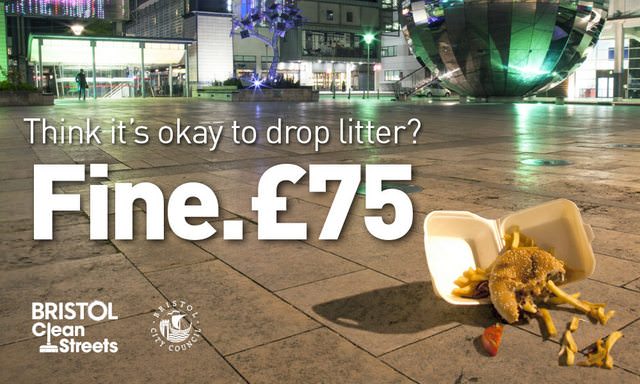