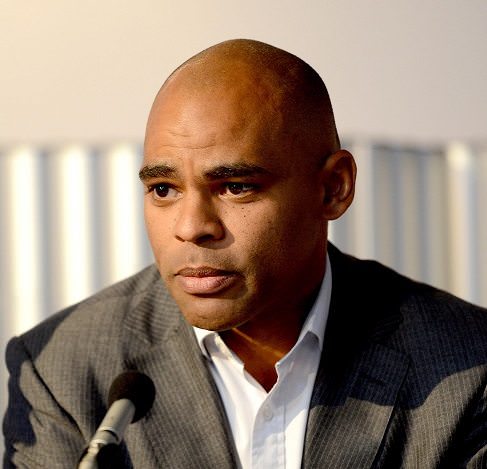 Last week, at our Full Council meeting of all Councillors, Mayor Marvin gave his annual address to the city.

In it, he talked about the challenges the city and council has faced, and continues to face. Not just in financial terms, although that is a huge factor, but also administratively, organisationally and in key issues like social care, homelessness, hunger and education.

Marvin also reflected on the past year that he has been Bristol’s mayor, listing many of the key improvements that we’ve been able to make in the city even in such a short period of time. In amongst all the cuts and other problems we face, it’s heartening to hear this long list and to know that Labour is making a positive impact on this city. Marvin’s speech is available on his new blog here: https://thebristolmayor.com/2017/06/27/annual-statement-to-full-council/

I’ve also pasted it below for ease:

I have taken this opportunity to reflect on what my administration has delivered, the work we are doing to prepare for the next few years and to take stock of the things we haven’t yet been able to do.

My first speech came as I barely had my feet under the table. Having made that speech it soon became apparent that the financial situation was not as robust as I was allowed to believe. As a direct result I have needed to revisit some of the things we thought we could do in this first year.

That experience highlighted the need to fix the council and I have spent part of my first year ensuring the council is more responsive to the political leadership and to the wider needs of the city.  The Bundred report was a key part of that, highlighting the collective failure of leadership in achieving past saving and in how the council managed the process.

My first budget was carried in the light of that report. We decided to make it an interim budget to give us the space needed to build a medium-term financial plan and a robust financial system to ensure we don’t face these kind of problems in the future.

One year on, I believe my administration is driving forwards, delivering on our key pledges and the manifesto commitments the people of Bristol voted for.

I want to start this evening with some thanks. I want to thank our city partners, my cabinet and all the people working with us to tackle today’s challenges and plan for a better future for Bristol.

No Mayor, no leader nor the whole council can deliver for a city working alone. We need friends. I have spent my first year building relationships and collaborating with the city itself and it is already proving its worth. Many people have come forward to work with us to meet the city’s challenges.

I want to offer a particular thank you to the Labour group, my colleagues who sit in this chamber on behalf of the Labour party. They had the courage to get elected in the face of austerity, to carry a difficult budget for the city in 2017, facing up to the responsibility that comes with leadership. Together we have squared up to the challenges that we inherited and continue to be heaped upon us, while others have stepped aside. You showed real city leadership and you are now the team delivering on our manifesto. Each one of you now has responsibility for one or more of our manifesto commitments, becoming accountable for delivery.  You don’t just talk, you lead and do.  Thank you.

The government has set out it’s stall over the last seven years to shrink the footprint of city government and it is clear, that for as long as they hold on to power, they will continue to do so.

As a result we are dominated by headlines about cuts and protests. And that is understandable and we must deal with that. But we should not fall into the simplistic world where it’s all we talk about. It is crucial to remember the council still has responsibility for spending £1.2billion in the city and is the biggest provider of services in Bristol. We are not just about managing and opposing cuts. Our job and the budget process is about making sure we spend public money in the most impactful and cost effective ways.

The people who access council services are of course often among the poorest and most vulnerable citizens in the city. That doesn’t mean they need people telling them what they need. They know they are at the brunt of this government’s myopic commitment to austerity and they know where the blame lies. Nonetheless, they wouldn’t thank me for walking away from the challenge of building effective relationships with partners to get the investment we need and take up the role of merely shouting from the side-lines.

I respect the people who are losing services and want to protest and need to have their voice heard. I am listening and doing my best to work with communities to find solutions. But I say clearly to the people who live out their existence on social media and call for me to turn the council into a protest movement  -; now understand this and don’t be confused -; I am against austerity and say so in Westminster clearly and loudly, most recently only a few days ago.

But anger at cuts must be directed to the government, the people who actually reduce the council’s income and shrink our positive impact on the city. Railing against the council may be personally gratifying and may win some online profile, but it doesn’t deliver for poor people.  It is a sure thing however that walking away from the challenge of setting a legal budget would be a total abdication of responsibility. The calls to set an illegal budget is the easy option, birthed in irresponsibility and patronises the hundreds of thousands of people in Bristol who pay their council tax and want a democratically elected, financially competent authority, who want a provision of services but also want a growing economy and a better, thriving city.  If we don’t balance our budget we get headlines but we sacrifice all these things.

And I want to hold a mirror up here because we have to face up to the fundamental challenge posed by race, class, gender and power. These are the defining features of the modern world. There are people holding politics to a standard for equality and inclusion they themselves are not delivering. The challenge is particularly stark for those social movements that claim to be at the forefront of progressive politics. The worldview I bring to this challenge is grounded in the Bristol my family and I grew up in, not one I read about or discussed in a university seminar.

In the general election cities across the UK rejected austerity and demanded investment. This was particularly true in Bristol where we returned four Labour MPs to work with a Labour Mayor and Labour majority council. I look forward to us working with our MPs as we identify the best way to pressure a government that is lacking credibility. We want an end to the hopelessness of austerity and a return to investment and hope. And we want Westminster to understand that our cities don’t only need more money and power to shape what happens inside our boundaries. We also want to shape context within which we live -; and I will lead that argument nationally and internationally with the core cities and with the global parliament of Mayors.

For those who want to express criticism and spread negativity to build their own political brand let me be clear -; I really am for the many, not the few. And the many know where the blame lies. And the many, just like our own party leader, want city leaders to do the best they can.

In the name of getting real stuff done I have called on the core cities, who are the drivers of the national economy, to work together on taking a joint approach. We will jointly challenge the government to admit the full cost of the cuts and to win investment for our cities, which, when it comes to social care and looking after our most vulnerable people, are at breaking point.

I have a straightforward approach

Protesting has its place but we also need a clear, thought out, alternative vision and strategy for cities. You won’t grow a mass movement without solutions. People need something to believe in beyond something to protest against. “No cuts” is an important message but is not an end state. Public services are a means to an end, and we have to be clear what that end is. That’s why, as core city leaders, we are working on our own green paper for cities and set out what cities must become for their populations -; we will argue that case with government, along with our strong Labour opposition in parliament and be clear about what we need.

And now, as it is the annual statement, I want to spend a few minutes highlighting what my administration has delivered to date:

I obviously haven’t got time to list them all, but they include:

We have established a city office, bringing together city partners from the private, public and voluntary sectors, including trade unions and charities. We’ve launched major pieces of work on

We are rapidly delivering on our pledge to tackle the city’s housing crisis.

The agreement at Alderman Moore’s to build houses for sale to fund building council housing is a financial model that is truly ground breaking.

We are taking an asset based approach to city governance working with our community’s strengths rather than repeatedly reminding them of their weaknesses and describing what people are not.

Transport remains a priority. We have

But, of course, we need a bigger solution. I have recently launched a congestion task group that will look at quick wins as well as take a more strategic look at our transport solutions and air quality.   Bristol is the only major city without an effective mass transit system. We are looking imaginatively at exciting possibilities, learning from around the world. More on that in the near future.

It is also worth mentioning we are in the process of working with the fire service to check every one of our tower blocks.

And finally, I want to comment on this room, and on the politics in the city. I set up a cross party cabinet and offered collaborative working, so we can all work together to help improve the city. I’m grateful to the people in my cabinet for their hard work and indeed to the leader of the opposition, who accepted my offer to come and work with us on the congestion task group. My offer of collaboration remains. I again ask all party leaders to bring forward what they want to achieve for the city.

The idea of getting rid of elections by thirds was to stop the permanent electioneering that undermined collective action and held the city back. I can understand why you want to promote your party in 2019, but surely we can get things done together, for a couple of years.

But I’m not going to wait forever. If you just want to play at opposition fill your boots, and we will just crack on – we want to put solutions on the table and get things done.

I finish by saying to the whole city -;I am ferociously ambitious for Bristol, we’re facing massive challenges but we are also achieving and will continue to do so. I am excited and looking forward to working with you in the next year and those beyond.