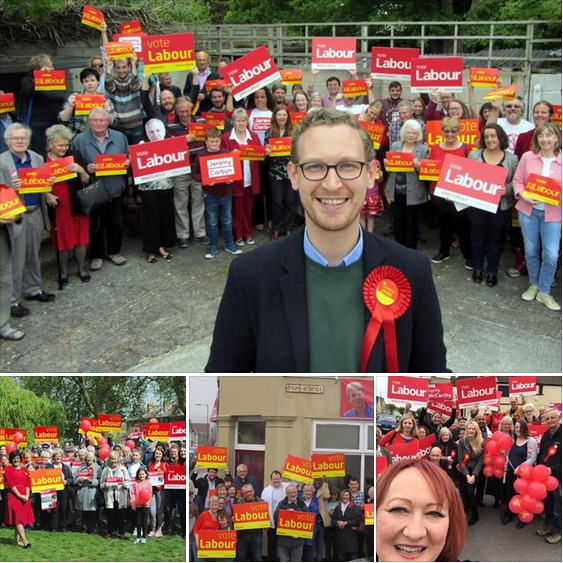 Yesterday morning Bristol woke up for the first time in years as a city with no Tory MPs. Darren Jones’ victory in Bristol North West (which includes some of Bishopston & Ashley Down) was a great result, a rejection of a hard Brexit, and a resounding endorsement of what Labour wants to achieve.

Then of course in Bristol West, Thangam Debbonaire was returned resoundingly as our MP: 47,231 votes, equating to two thirds of the constituency and a majority of 37,336, which I’m told is the largest of any Labour MP! A brilliant testament to Thangam’s hard work for the constituency over the past two years, and of Labour’s aspirations for governing the country.

Add to that the returning of Karin Smyth and Kerry McCarthy as MPs for Bristol South and East respectively, and it was a great night for Labour in Bristol. Thank you to everyone who gave us your backing, and for putting your trust and faith in us.

On the more negative side, Labour did not win a majority nationally, and the Conservatives look set to govern with the help of the DUP (which is very worrying given that party’s opinions on LGBT rights, abortion, climate change and other issues). So there is much work still to do to combat Theresa May and her government.

Throughout the coming years and through the Brexit process, the Labour Party will continue to stand up for you, both in Bristol and in the country as a whole; for the many, not the few.