As you may be aware, Bristol City Council has a huge funding gap to meet over this and the next five years. This is a very challenging situation and it is likely to affect everyone in the city in some way. As such, I thought it would be useful to explain more.

Upon coming into office Marvin and the new administration sought to get to grips with the council’s budget. The Conservative government’s cruel and mindless austerity has meant the council has already had cuts of over £170m in the last six years, with more on the way. Added to that is the fact that George Ferguson’s administration didn’t achieve its planned savings.

Because of this, the council needs to save £35 million by the end of March 2017 alone. We’ve found £17.5m of that, and we expect more to be found through the council’s ongoing spending freeze and from more Council Tax and Business Rates being collected than originally expected. However, some of the ways that this year’s budget is being balanced are one-offs (such as using reserves), so more permanent savings will be needed from April.

After this year, the Council needs to cut a whopping £101 million from its budget by the end of March 2022. This is a total of more than 10% of the council’s annual budget, so there is no doubt that services will be adversely affected. This is going to have even more impact as it comes on the back on years of previous cuts, leaving very little to be found by way of efficiency savings and other ‘low hanging fruit’ that might have had a minimal impact on peoples’ lives.

Because of the failure of the previous administration to balance the books, Marvin has initiated an independent review to find out what the council can do to improve our monitoring and reporting systems to ensure that this doesn’t happen again. 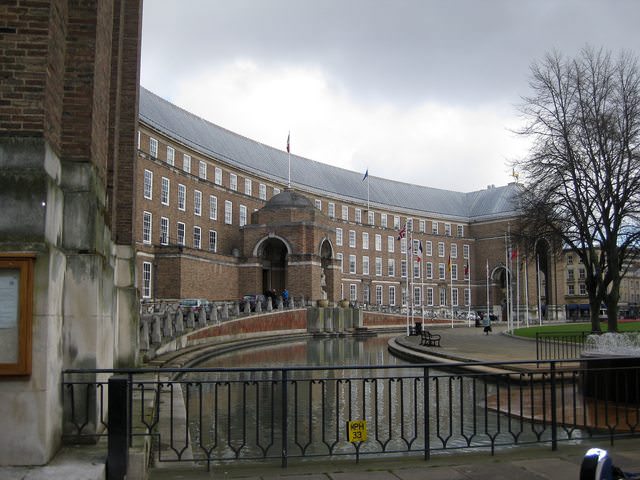 Regardless of how the budget was managed before the Labour administration came in, the ultimate blame for the cuts lies solely at the door of the Tories in central government. We are receiving less and less money from Whitehall, but with the expectation of maintaining council services at current levels. Clearly this is unsustainable so we, along with other hard-pressed councils across the country, are calling on central government to invest more in local government. Despite these best efforts, we ultimately have little prospect of massively changing central government policy (until the next general election at least), so we must spend within the money we have.

It’s not just Bristol City Council that’s suffering -; councils up and down the country are. This is most acutely felt in (Labour-administered) cities where, for example, Sheffield has announced it will save £120m in next four years after already cutting £350m since 2010. Even non-city areas are feeling the pressure, with Tory-run Surrey announcing a 15% Council Tax increase.

The Tories keep on claiming that they are adequately funding councils, with added measures such as the recently announced ‘extra social care funding’ -; raising Council Tax to you and I. In fact, with this announcement comes the removal of the New Homes Bonus meaning are only £400k better off even if we increase Council Tax by nearly 5%. Overall, the Conservatives’ austerity agenda puts more of a burden on councils just to stand still. As such, Marvin will continue to lobby government for a fairer funding deal and the need for more city sovereignty and further benefits from devolution.

The cuts that we’re being forced to make will mean that there will be some tough choices to be made. With pressures ever-increasing on vital services which we simply must provide, such as social care, it will be the non-mandatory (but still very useful) services that are most affected (parks, leisure, museums, etc.). Taking social care as an example, the pressures are being caused by an increasing child population (15% increase in the last ten years and set to rise by around 12,500 between 2012-2022) and an ageing population (21% adults living over 85 than 10 years previously). Many of these people require care and so put even more pressure on the council’s finances. Making cuts isn’t something any Labour politician came into politics to do, but unfortunately there’s no way around it in this situation.

The recent Corporate Strategy consultation that the council conducted was all about getting public feedback on proposed cuts. The draft Strategy detailed the initial ideas for balancing the Council’s budget over the next five years, and already there were some unsavoury proposals.

In the responses to the draft Strategy, members of the public seemed to understand the unpalatability of, but unfortunate need for, the cuts. To that end only 22 of 104 proposals received more than 50% objection in the consultation. Listening to these concerns some of the contentious proposals have been removed from the final Strategy. These include proposals to charge for disabled bays and ‘Keep Clear’ markings, remove carers’ companion concessionary bus passes, reduce payments to community transport operators for concessionary travel, revise operating times for concessionary travel, reduce funding for key arts providers, and reduce museum opening hours.

These and other changes spurred by the feedback will be incorporated into the proposed Council budget, which will be voted on by Councillors in February. Whilst the budget will approve the money to be spent, in what way many of the cuts will be implemented is yet to be determined. Therefore, throughout this process we will consult people about how we implement them -; we want to work with people rather than doing things to them.

Above all else, we want to keep improving Bristol and create a fairer, more sustainable city in which no-one is left behind. And we still believe that this can be achieved despite the funding gap. What this requires however is a dramatic rethink of how the council interacts with the city. It will mean less direct provision of services and a bigger role in helping others, including community and voluntary groups, businesses, and citizens, to get things done.

In other words, Bristol City Council will become an enabling organisation which helps others to get things done, rather than continuing to directly supply all the same services ourselves.

We firmly believe that Bristol as a city works best when it works together. To this end we need citizens to have a more active involvement in city life. This includes the newly announced City Office, which bring together key agencies and prominent figures in city leadership. But it also includes individuals, community groups and volunteer organisations.

Already in our ward and wider area there are some great examples of local people grabbing the bull by the horns in various ways:

It is highly likely that funding for Neighbourhood Partnerships will be removed. The Partnerships, which have been council-funded and facilitated, have proven to be a useful way of improving local areas. With the imminent removal of funding, the Bishopston, Cotham and Redland Neighbourhood Partnership is already considering alternatives for the future. We want to continue in some form but need help to do so. If you’re interested in taking part and steering the future, please get in touch. We are currently forming ideas for the future format, aims and plans for the organisation, so now is the time to get involved!

The Neighbourhood Partnership and the other organisations listed above are only a few examples of organisations working in our area and all of them are always in need of more volunteers. So if you’re looking for a worthwhile way to give back to the community, do consider getting involved in one of our area’s great local groups. Even taking ten minutes out of your day could make a big difference, improving the area and helping others for the benefit of all. I’d be happy to provide contact details if you require them.

Needless to say, this is an extremely difficult and concerning situation. If you have any questions, comments or concerns I’d be happy to hear from you. As always, my contact details are cllr.tom.brook[at]bristol.gov.uk / 07584 370 425 or come along to my monthly surgery on the second Saturday of the month from 1-3pm at the Quaker Meeting House, 300 Gloucester Road.