The government have announced their intention to close older prisons in favour of building new, better facilities, and there is rumour locally that HM Prison Bristol (also known as Horfield Prison) will be one of the ones to close. The prison accommodates adult male prisoners and a limited number of young offenders. It is a local category B prison with the majority of prisoners staying for less than 12 months. Bristol West’s Labour MP, Thangam Debonnaire, has asked the government whether Horfield Prison would be closed, and they said that no decisions have yet been made.

If it goes through, the idea would be that the whole site would be sold off, probably for housing. If that were to happen, there are potentially significant consequences for the local area and we are keen for local residents to have their say.

There is no doubt that Bishopston & Ashley Down, and Bristol as a whole, needs more housing. Therefore this would be a good opportunity to improve our local housing stock. There could well be concerns, however, at the cost of the redevelopment and whether, because of a high cost, it would mean affordable and/or social housing is excluded. In a costly development the developer may exclude affordable homes to increase their revenue, and we’ve seen this recently with the plans for the Carriageworks in Stokes Croft and for Brunel House. 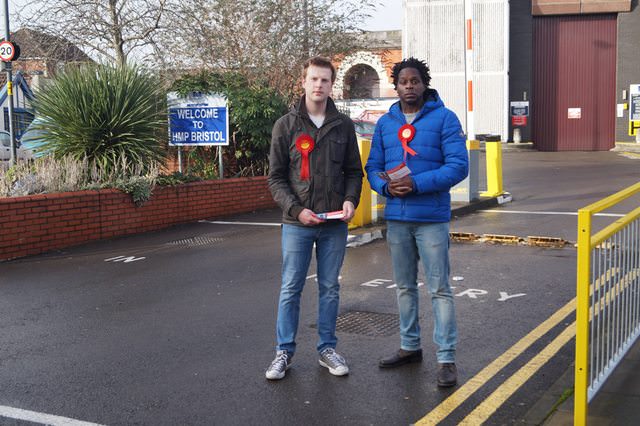 A redevelopment of the prison would of course bring in new jobs and could boost the local economy of Gloucester Road and the surrounding area. However, of course, the prison currently supports numerous jobs, and the prison staff and visitors do frequent Gloucester Road’s shops and cafes.

Another key question would be on traffic management. A housing redevelopment of the prison would need sufficient parking (for bikes as well as cars!), unlike that which we’ve seen in the Brunel House proposal. Even so, the added cars would result in increased congestion. It’s not completely unmanageable, but it would be difficult; we’d need to improve traffic flow around the area (not just along Gloucester Road), and encourage people to commute by other means, especially seen as the prison site is so close to Gloucester Road and all its buses (which a Labour Mayor & Council would make more reliable).

There are other sides to the prison redevelopment story also. Local residents have mixed feelings about living close to the prison for instance. Then there is also the effect on the prisoners’ families, who would have to travel much further afield to the new alternative site to visit their loved one.

Housing of course isn’t the only possible use for the site. Schools, the NHS, and other public services could all make use of it for instance. We’d be eager to hear your thoughts on what the site could, and should, be used for.